I recently sat down with the good folks at Virginia Time Travel to discuss a variety of subjects, to include Freedman’s Village, the Battle of New Market Heights, and this very blog.


If you’ve got a cool thirty minutes to kill, why not take a gander?

(NOTE: At one point in the interview I tripped over my tongue and said that two Federal Corps crossed the James at Deep Bottom – I was actually trying to refer to the Second Corps, which was the one and only infantry corps on Hancock’s first expedition north of the James.)

A Heartrending Letter from Freedman’s Village

Every once in a while in my research I find something that transcends the usual dry recitation of facts and events – something that leaps off of the page and eradicates the 150 year barrier that separates me from the people and events I am investigating.

A recent find that falls into that category is a letter housed in the collection of the Library of Georgia from a woman named Ann Butler who lived in Arlington’s Freedman’s Village.

The letter is unique in several respects. First of all, most of the primary source documents pertaining to the newly freed African Americans residing in Freedman’s Village were written by whites who worked in the village – teachers, administrators, soldiers, and missionaries. Any firsthand account from one of the actual residents is a rare find.

Second, the letter is written to her husband William, who was serving as a soldier in the 2nd United States Colored Infantry. The 2nd USCT was a unit recruited straight out of Arlington, which means we have a situation where a family comes into Freedman’s Village and the wife and children stay in the village to work and learn while the husband enlists in the U.S. Colored Troops. Again, this is a rare scenario to find any primary documents for.

Finally, as we will see, there is a surprise ending.

And now for the text of the letter itself – the following is a transcription of the original, which was written on January 30, 1865:

I have waited and longed and longed and waited for a letter from you but seems all in vain why don’t you write to me and let me some thing from you. Not since October last have I heard one word from you is any thing the matter with you do write and let me know to relieve my anxious mind the children are all anxious to see you and hear from you William is living not very far from me he is waiting on an officer at Fort Woodbury and Matthew is waiting on an officer at fort smith near about 2 or 3 miles off, but I see him very often which is a great comfort to me as I cannot see you but I hope the time is not far off when I shall once more both see you and be separated no more until death which is unresistable while we see each other let us pray that harm may not overtake I feel it my especial duty and greatest comfort to pray for you at all times you must pray for me and the children Mary is living in Washington. She and all the rest send their best love to you their dear absent father. Now William when you receive this make no delay in writing but hast to answer this at once and tell me every[thing] concerning yourself and your where abouts. The smaller children go to school in the village every day they want to see how much they can learn by the time their Father come with spoils from the war. I will say no more not but will trust in the Lord for the safe keeping of us both and our little flock.

I remain as ever your devoted wife,

The immediacy of Butler’s living situation and obvious concern over her beloved husband leaps off of the page, and makes what follows next truly heartrending.

At the bottom of the letter is a note written in a different hand that reads in part:

This letter was taken out of a knapsack found close by a dead body on the Battlefield of the Natural Bridge near St Marks Fla March 6th 1865 … It is believed the Butler above named was killed at that fight.

One can only imagine the grief experienced by Ann and her children when that news was delivered to her.

Thankfully, this story has a happy ending!

I recently looked at William Butler’s service record and, as it turns out, he was captured at the Battle of Natural Bridge – which explains why his knapsack was left on the field of battle.

The end of the war brought about William’s release as a P.O.W. on April 28, 1865 and he was discharged from the army on May 20th at Annapolis, Maryland.

It must have been a joyful occasion when William, Ann, and their small children were reunited. 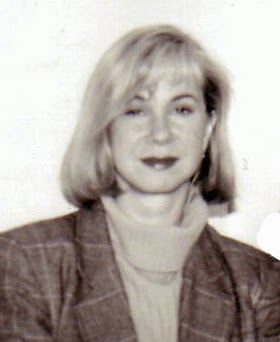 Today the sad news was announced that Elizabeth Brown Pryor, author of the Lincoln Prize-Winning Reading the Man: A Portrait of Robert E. Lee through his Private Letters, was killed in a tragic car accident in Richmond, Va.

I had the pleasure to meet Ms. Pryor on a few occasions, mainly when I worked at Arlington House, and she was always upbeat and kind, with a memorable smile.

She was a truly remarkable person – a State Department employee who stared down some of the world’s most despicable villains, a biographer of Clara Barton and Robert E. Lee, and a professor at the University of Richmond.

For the Civil War community, however, she will be remembered as the person who did more to refashion our image of Robert E. Lee than any other biographer in the past half-century.

It will take a long time for this loss to be truly felt and understood, but until then, reflect on a lecture by Ms. Pryor on her master work.

Lest We Forget: New Market Heights Medals of Honor Issued 150 Years Ago Today

While the nation is busy commemorating the Battle of Sailor’s Creek and Lee’s flight to Appomattox, today marks another, less famous anniversary that is nonetheless extremely significant.

On April 6, 1865 – 150 years ago today – the Medal of Honor was authorized for African American foot soldiers for the very first time in American history (Sgt. William Carney of the 54th Massachusetts did not receive his Medal of Honor for gallantry in the 1863 assault on Battery Wagner until May of 1900).

The symbolic importance of what would become the nation’s highest honor being awarded to a class of people whom the Supreme Court had just eight years earlier deemed unworthy of any “rights which the white man was bound to respect” is truly astounding. Furthermore, the number of medals issued on that day – twelve (two more would follow in the postwar years) – is equally impressive.

All of these medals were issued for one momentous clash outside the gates of Richmond – the Battle of New Market Heights, fought on September 29, 1864. This battle involved black soldiers from the Army of the James successfully attacking a fortified position east of the Confederate capital.

Following the victory the Army of the James’s commanding general, Maj. Gen. Benjamin F. Butler, forwarded a list of men he thought deserving of the Medal of Honor to Lt. Gen. Ulysses S. Grant. The list was reviewed by Grant’s staff and then sent along to the War Department. For months, the matter was forgotten until finally, on April 6, 1865 the medals were issued to the following soldiers (unit and citation included):

1.) Pvt. William H. Barnes, 38th USCT: “among the very first to enter the rebel works, although himself previously wounded”

2.) 1st Sgt. Powhatan Beaty, 5th USCT: “in command, all their company officers being killed or wounded, and led them gallantly and meritoriously through the day”

3.) 1st Sgt. James Bronson, 5th USCT: "took command of his company, all the officers having been killed or wounded, and gallantly led it"

4.) Sgt. Maj. Christian Fleetwood, 4th USCT: “when two color bearers had been shot down, seized the national colors and bore them nobly through the fight”

5.) Pvt. James B. Gardiner, 36th USCT: “rushed in advance of his brigade, shot at a rebel officer, who was on the parapet cheering his men, and then ran him through with his bayonet”

6.) Sgt. Alfred Hilton (posthumously), 4th USCT: “the bearer of the national colors, when the color-sergeant with the regimental standard fell beside him, seized the standard, and struggled forward with both colors, until disabled by a severe wound at the enemy's inner line of abatis, and when on the ground he showed that his thoughts were for the colors and not for himself”

7.) Sgt. Milton M. Holland, 5th USCT: "Took command of Company C, after all the officers had been killed or wounded, and gallantly led it"

8.) Cpl. Miles James, 36th USCT: “after having his arm so badly mutilated that immediate amputation was necessary, loaded and discharged his piece with one hand, and urged his men forward; this within thirty yards of the enemy's works”

9.) 1st Sgt. Alexander Kelly, 6th USCT: “gallantly seized the colors, which had fallen near the enemy's inner line of abatis, raised them, and rallied the men at a time of confusion and a place of the greatest possible danger”

10.) 1st Sgt. Robert Pinn, 5th USCT: “in command, all their company officers being killed or wounded, and led them gallantly and meritoriously through the day”

11.) 1st Sgt. Edward Ratcliff, 38th USCT: “thrown into command of his company by the death of the officer commanding, was the first enlisted man in the enemy's works, leading his company with great gallantry”

12.) Pvt. Charles Veal, 4th USCT: “after two bearers of the regimental color had been shot down, seized it close to the enemy's works and bore it through the remainder of the action”


Unfortunately, such a large number of medals being issued to African American soldiers has been viewed by many historians as a form of what I often refer to as “19th century affirmative action” – the fact that these were black troops commanded by a boastful Butler has led many to conclude that these medals were not anything special.

One historian referred to the victory at New Market Heights as “hoopla…contrived by Butler and his partisans.” Another leading historian once referred to the celebration of the black soldiers’ success as “militarily irrelevant negrophelia” and bemoaned the “modern writers [who] have willingly and uncritically accepted it.” (Needless to say, I offer a different take in my examination of the battle.)

Regardless of the position one might take on these matters, the significance of 150 years ago today should not be overlooked, as it proved that the march towards freedom, equality, and the full benefits of citizenship was becoming a tangible reality.

Posted by Jimmy Price at 9:40 PM No comments: