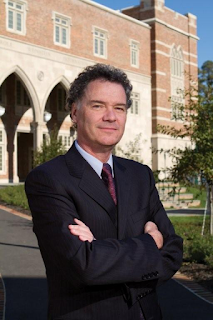 Dr. Ed Ayers, Civil War historian extraordinaire and president of the University of Richmond, is currently speaking at the Museum of the Confederacy’s annual “Person of the Year: 1863” Symposium, where some of the most preeminent Civil War scholars in all of the land gather to nominate who they think the most influential person for a given year during the Civil War was.


Dr. Ayers has chosen the United States Colored Troops, stating that we have lost sight of how revolutionary the idea of arming former slaves was in 1863.
It should go without saying that your truly wholeheartedly concurs.


I look forward to hearing the entire presentation when it becomes available.
Posted by Jimmy Price at 10:36 AM 2 comments:

A Quick Visit to the Revisitation of Interpretive Choices 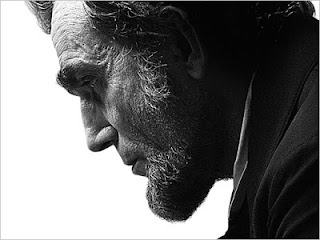 
After viewing Lincoln for myself before Thanksgiving, I found myself agreeing with much of what Jones had to say and posted a few thoughts here.
Today’s post by Brooks lays out a clear set of arguments concerning why he thinks Jones was wrong to write what he did about Masur’s critique. He also links to my November post when observing that “my fellow bloggers…may want to consider using the other end of the hammer to yank out that nail,” implying that I might want to rethink my overall support of what Jones said.


In short, I don’t think I will.
To me, all of this boils down to arguing over preference. With no standard criterion for what the film should have been about (in other words, “A Film about Lincoln’s last days must include a, b, c, and d…”), we can only state with certainty what elements we feel should or should not have been included in the film.


Masur’s article stated that “it’s disappointing that in a movie devoted to explaining the abolition of slavery in the United States, African-American characters do almost nothing but passively wait for white men to liberate them” and bemoaned the lack of other key players in the abolition movement. I found the statement about passivity absurd, considering that the movie began with USCTs fighting for their freedom.
Hari Jones took serious issue with the criticism that Frederick Douglass was not included in the film and said that Masur was quibbling with Spielberg because her choices were different than his.
What gives wiggle room to both Masur and Jones is what many people considered a main weakness of Lincoln in the first place – namely, that it bit off more than it could chew. As Brooks notes, “events during the movie move forward all the way to Lincoln’s assassination, including a reading of the Second Inaugural Address.: the passage of the [13th] amendment is a focus, but not the only one.” While mainly a story about the struggle over the 13th Amendment, Lincoln tries to cram a lot of other information into the finale and it is dubious as to whether or not this is effective.
So I’d say it is as equally valid to take issue with Lincoln over a dearth of fleshed-out African American characters as it is to suggest that Frederick Douglass would not be a good fit for the story that Kushner and Spielberg were trying to tell.


In order to sort through all of this, perhaps it will help the reader to read all of the abovementioned posts and reviews in the order they came out:
1. Kate Masur’s Review, November 12, 2012
2. Hari Jones Responds, November 23, 2012.
3. I link to Jones with my own additional thoughts, November 23, 2012.
4. Brooks Simpson revisits the issue, February 22, 2013.
Before giving any additional thoughts, I’m going to use this as blatant excuse to view Lincoln one more time. Thankfully, I have a friend who’s a member of the Screen Actors Guild who can loan me a DVD (bwa-ha-ha!)


And as always, I’m interested in what you think.
Who do you agree with most?
Or are we all full of it?
Posted by Jimmy Price at 5:09 PM 2 comments:

In May of 1861 Henry Jarvis, a recently escaped slave, sailed across the James River and claimed asylum in the Union-held citadel of Fortress Monroe. The spot where Jarvis took refuge was also, by remarkable coincidence, the spot where the institution of slavery first took root in 1619, when a Dutch ship landed with 20 African captives. Prior to his escape, Jarvis had this to say of his master:


One day, after his master arbitrarily shot at him, Henry escaped into the woods where he lived off the land for three weeks, trying to avoid the search parties that went looking for him. After stealing a canoe, he sailed across the bay and arrived the next morning at Fortress Monroe. 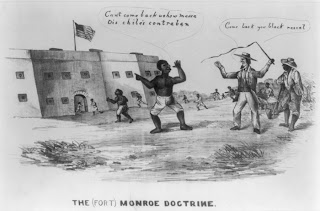 While most of the recently escaped slaves that were flocking to Union lines were content to celebrate their tentative freedom and adopt a "wait-and-see" attitude, Jarvis had something altogether different on his mind and he promptly sought an audience with Gen. Benjamin F. Butler – the future "Beast of New Orleans."


In Jarvis’s words, "I went to [Butler] an’ asked him to let me enlist, but he said it warn’t a black man’s war. I tol’ him it would be a black man’s war ‘fore dey got fru." After that remarkable encounter, Jarvis left the US, traveling first to Cuba and thence to Liberia, where he said he "looked about, but I ‘cluded I’d rudder come home."
After two years abroad, Jarvis entered the US at Boston harbor in May of 1863 only to discover that Lincoln had proclaimed emancipation and "it had got to be a black man’s war fo suah." Jarvis attempted to enlist in the famed 54th Massachusetts, but found that the regiment’s ranks had been filled. However, the surplus of men who had attempted to join the 54th was used as the nucleus of a brand-new regiment – the 55th Massachusetts. The 55th would fight at places such as Olustee in Florida, and on November 30, 1864, a desperate clash at Honey Hill, SC.


It was here that Jarvis was wounded three times and left on the field for dead. Jarvis later recalled that:
"Dere I war wounded free times; fust in dis arm, but I kep’ on fightin’ till a ball struck my leg an’ I fell. I war struck once more in de same leg, an’ I lay on de fiel’ all night. I should have bled to death ef all our men hadn’t been drilled in usin’ a tourniquet, an’ supplied wid bandages. I jes had time to stick my knife in de knot an’ twist it tight ‘fore I fainted." 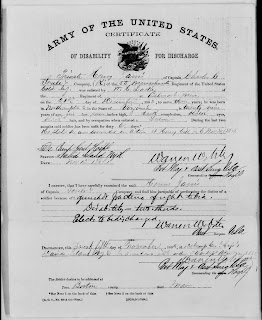 Jarvis was deemed to be two-thirds disabled and was given a medical discharge. After returning to Hampton, "de woun’ opened agin’, an’ I had to lose my leg arter all."
After the war, Jarvis returned to the Hampton area and was settled down with his wife and two children. He also came to faith in Christ when his fighting days were over. Following this conversion experience, he was asked if he had forgiven his former master. After a momentary struggle, Jarvis shot up straight as a ramrod in his chair and said, “"es, sah! I’se forgub him; de Lord knows I’se forgub him!"


His change of heart proclaimed, Jarvis couldn’t help but add – "But I’d gib my oder leg to meet him in battle!"
Posted by Jimmy Price at 3:19 PM 1 comment:

"From Emancipation to the March on Washington" Panel Discussion

"From Emancipation to the March on Washington" is a Black History Month panel discussion set for 7 p.m., Monday, Feb. 18 in Sealy Auditorium in the Workforce & Technology Building on Germanna Community College's Fredericksburg Area Campus in Spotsylvania. The event, which is open to the public, free, will feature the Rev. Lawrence A. Davies, former mayor of Fredericksburg, and Germanna history faculty members Stuart Smith, Ed Watson and James Price.