In the first installment of my review of the wonderful events surrounding the United Stated Colored Troops Grand Review Weekend in Harrisburg, PA last month, I covered the speakers and topics of the scholarly symposium that took place the day before the parade as well as the interesting experiences I had at a dinner for USCT descendants that night.

We’ll now shift our focus to the review itself, which began at 9 a.m. on Saturday November 6th. The parade had well over 100 USCT re-enactors, in addition to local high school marching bands, descendants of black Pennsylvanians who served in units, and the “100 Voices” – 100 young men who each represented one of Pennsylvania’s black soldiers.

The parade route had several stops where dignitaries and speakers would address the crowd and where local choral groups would sing Civil War era songs. Since it was a brisk day, whenever the parade would stop all of the recreated battle flags would continue snapping in the wind which created a beautiful effect which reminded me of the opening sequence of Gods & Generals. It was a stirring site to see so many USCT re-enactors marching in unison and I left Harrisburg very impressed with the way that the events had been organized and with the distinct impression that Harrisburg had just set the tone for Sesquicentennial Commemoration. Kudos to everyone involved with the Grand Review weekend and I am eagerly anticipating more great programs over the next four years. 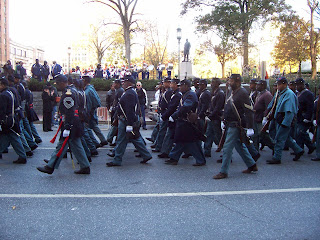 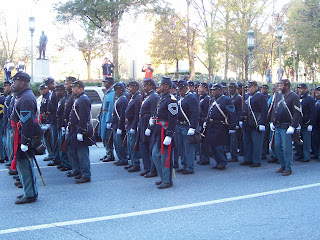 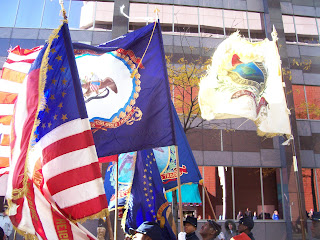 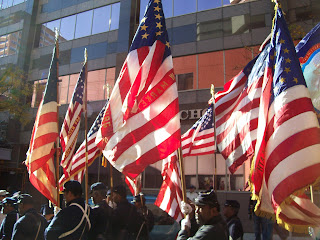 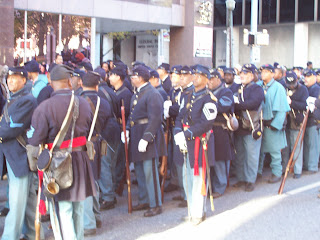