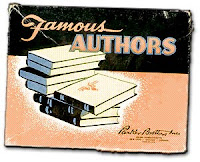 Last month I reported that I had received word form the History Press that they would like to work with me on a book about New Market Heights for their Sesquicentennial Series.


I’m happy to report that the details have been ironed out and the book will be hitting shelves in August of 2011. This will be the first single-volume treatment of the battle to be written, although I will be treading in the familiar pathways of authors such as Richard J. Sommers and Louis H. Manarin who wrote extensively on the battle in their respective works.

The book will have between 30 and 40 images and maps and will hopefully do justice to a battle that has wallowed in relative obscurity for too long.

It is my hope that this book will aide in the preservation of what is left of the battlefield so that future generations can bring their children to the site where 14 black soldiers earned the Medal of Honor...

...And so that I don’t have to throw rocks into Four Mile Creek in order to get tourists safely across, like I did last September :-)
Posted by Jimmy Price at 12:06 PM