This weekend will mark the 13th annual re-enactment of the engagement at Wilson’s Wharf at Fort Pocahontas in Charles City County. 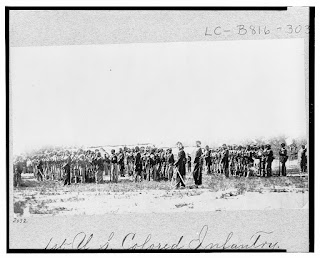 The fighting at Wilson’s Wharf on May 24, 1864 pitted 1,100 United States Colored Troops under the command of the radical one-armed abolitionist Brig. Gen. Edward A. Wild (a man who certainly lived up to his last name) against a larger force of Rebel cavalry under the command of Maj. Gen. Fitzhugh Lee. The 1st and 10th USCT made up the bulk of the Union garrison and when Lee’s troopers arrived their commander sent a note to Wild demanding that the garrison surrender.

If they surrendered, Lee stated that he would deliver the USCT’s to Richmond where they would be treated as prisoners of war. If they refused, Lee said that he “would not be answerable for consequences when he took the place.” Confirmation of this threat came in the form of rumors that Lee’s men had executed two black soldiers three days earlier. A staff officer in the XVII Corps wrote his wife earlier in May and told her bluntly, “We must succeed. Failure for us is death or worse.”

Benjamin Butler claimed after the fight that he had stuck the black troops in the fort for that very reason. He later recalled:

I knew they would fight more desperately than any white troops, in order to prevent capture, because they knew…that if captured they would be returned into slavery…There was no danger of surrender.

Wild allegedly responded to Lee’s note by saying “Present my compliments to General Fitz Lee and tell him to go to hell!” After that, the fight was on. The outnumbered force staved off two attacks from Lee’s men and, with the help of the gunboat U.S.S. Dawn, inflicted at least 20 killed and around 100 wounded before Lee disengaged. Remarkably, Wild’s men lost only two killed and twenty-one wounded. 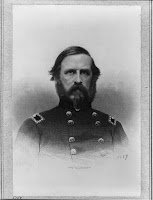 Visitors to the re-enactment this weekend will have a chance to see the actual ground where this battle took place and will have a chance to tour the fort where Wild’s men fought and see a recreation of that battle with commentary from Mitch Bowman of Civil War Trails.
For more information, be sure to visit the event website.
Posted by Jimmy Price at 3:14 PM