It’s About Time Somebody Said It 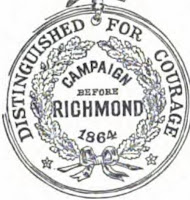 For almost two years now I’ve been trying to locate every source and read just about every word that has been written on the Battle of New Market Heights. While I’m not satisfied that I’ve combed through all of the relevant literature that’s lurking out there, I have noticed a trend when it comes to authors discussing the 14 African American recipients of the Medal of Honor. Authors tend to either:

1. Blow the exploits of the USCTs completely out of proportion by claiming that the charge they made on September 29, 1864 was the most gallant on either side during the war. The postwar writings and speeches of Benjamin F. Butler certainly fit into this category. Melvin Claxton and Mark Puls’ Uncommon Valor: A Story of Race, Patriotism, and Glory in the Final Battles of the Civil War comes close to this, claiming that “No battle during the U.S Civil War saw such a stunning display of heroics and gallantry from black soldiers as that fought the morning of September 29, 1864.”

2. Diminish the accomplishments of the black troops and claim that the only reason that they were able to take the Confederate trenches along the New Market Line was because the Confederate troops had pulled out to support the rebels defending Fort Harrison. Dick Sommers in his exceptional Richmond Redeemed: The Siege at Petersburg states that, “to go beyond citing physical courage and allege that the blacks won a major tactical victory over the vaunted Texas Brigade belies the historical record…Far from overwhelming a determined foe, Draper [commander of the 2nd Brigade, 3rd Division, XVIII Corps] in effect charged into a virtually abandoned position and simply chased off a small rear guard from a position already conceded to him.” Other sources I’ve found claim a vast conspiracy to tout the accomplishments of the USCTs, complete with government officials throwing some Medals of Honor at those recommended by Butler to complete the evil scheme. Implicit in all of these assumptions is a reverence for the Army of Northern Virginia, especially the Texas Brigade, which is based on the “fact” that they simply could NOT be defeated in a stand up fight. After all, Mort Kunstler wouldn’t sell any paintings if that were the case.

Needless to say, I fall somewhere in between these two camps. While I don’t necessarily believe that the assault at New Market Heights was the greatest feat of arms of the entire war, I certainly don’t buy into some sort of conspiracy to exaggerate the bravery of Butler’s African American soldiers. Say what you will about the Medal of Honor not yet having attained the legendary status that it holds today, if you read what the 14 black troops – and, for that matter, the two white officers who won the MOH at New Market Heights – did to earn the MOH, it’s pretty clear that they were highly deserving of recognition.

All of this is a very long prelude to what this post is about: namely, that I’m not alone in my thinking (I was starting to wonder).

While reading through Versalle F. Washington’s study of the 5th USCI, I came across the following quote:


Historians have credited the capture of New Market Heights, not to the soldiers’ bravery…but to General Gregg’s belief that the Federal forces advancing along the Varina Road were a greater threat than the loss of New Market Heights. This is an unlikely interpretation, particularly in light of the rebels’ subsequent use of the Texas Brigade and the 25th Virginia Battalion. These forces did not rush to fight the Union forces…General Gregg gave the Confederate infantry the order to retreat once it became clear that they would not be able to hold New Market Heights.

So there you have it.

Well, you’ll just have to wait until my book comes out…
Posted by Jimmy Price at 10:39 PM