Sins of the Father 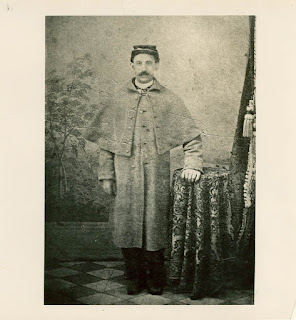 Alfred DuBois was certainly not the ideal soldier. Born in 1826 in San Domingo, Haiti Alfred was a barber before the war. He was described as “a dreamer – romantic, indolent, kind, unreliable, he had in him the making of a poet, an adventurer, or a beloved vagabond, according to the life that closed round him; and that life gave him all too little.”

In retrospect he was probably not the best fit for strict military discipline, yet he still enlisted in Company D of the 20th USCT on January 23, 1864. He quickly contracted dysentery soon after enlisting, and after he recovered he became a hospital attendant at Port Hudson Louisiana.

Alfred was destined never to fire a shot in anger and on February 7, 1865 he was listed as a deserter – a character trait that he would unfortunately take with him back into civilian life. Three years after the war he left his wife and his infant son William and they never heard from him again.

While Alfred failed to make his mark on history, his young son William did so in grand style.

We know William today as the great W.E.B. DuBois, Father of Pan-Africanism and a founder of the NAACP.
Posted by Jimmy Price at 10:07 PM